In a small country like Denmark national fame is good. But it is close to nothing compared to international fame, i.e. the awareness abroad among non-Danes.

Denmark is well-known for H.C. Andersen (fairy tales), Niels Bohr (physicist), Karen Blixen (author) and Søren Kierkegaard (philosopher). They, and many others too, are rightly considered Great Danes and are set to stand the test of time – both in Denmark and abroad.

But what about right now? Which living Danes do people think of today in the streets of New York, Cairo, Tokyo etc.? Who are the biggest Danish celebrities out there?

I decided to find out and compiled below list below using a very simple method involving Facebook and Google Trends.

So, without further ado, let’s see who’s the biggest Danish celebrity. Here’s my list of “Top 10: Most Famous Danes in 2015”. 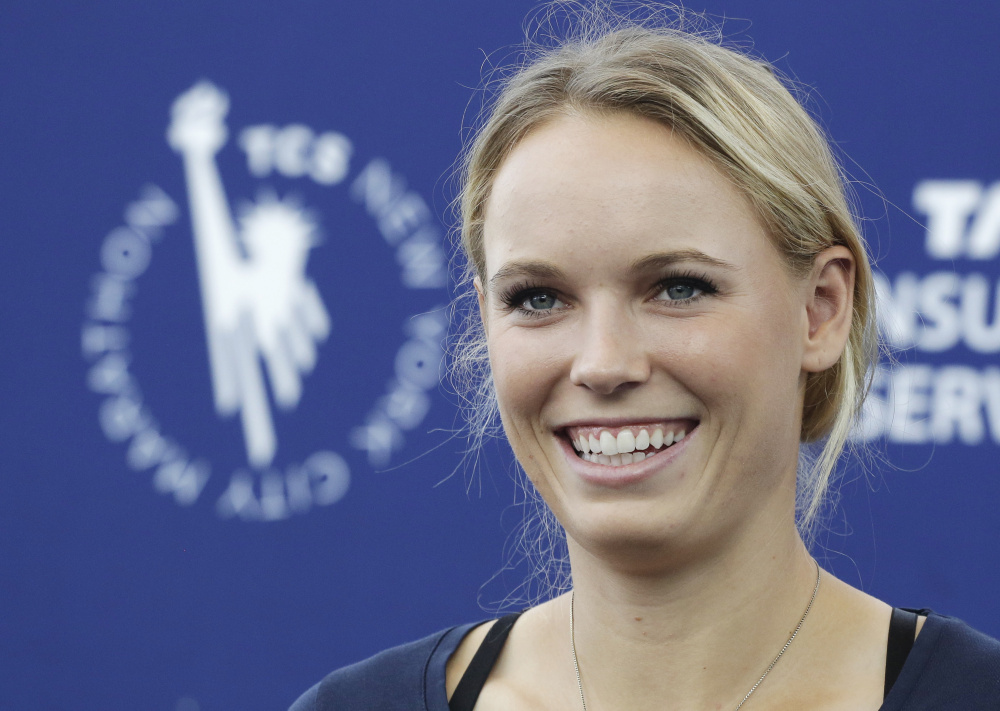 Back in 2009-11 she held on to the no. 1 world ranking for 67 weeks. But her tennis game is only one reason why she’s so popular – which is especially the case in the US.

First, her attitude is made for mainstream media. She’s always positive and smiling. She’s happy to engage with both fans and press. And she doesn’t shy away from good media opportunities either. For example, playing tennis with Barack Obama and modelling for Sport Illustrated’s Swimwear Edition 2015.

Lastly, she was famously engaged to top golfer Rory McIlroy who ended their engagement in 2014, a few months before the wedding. 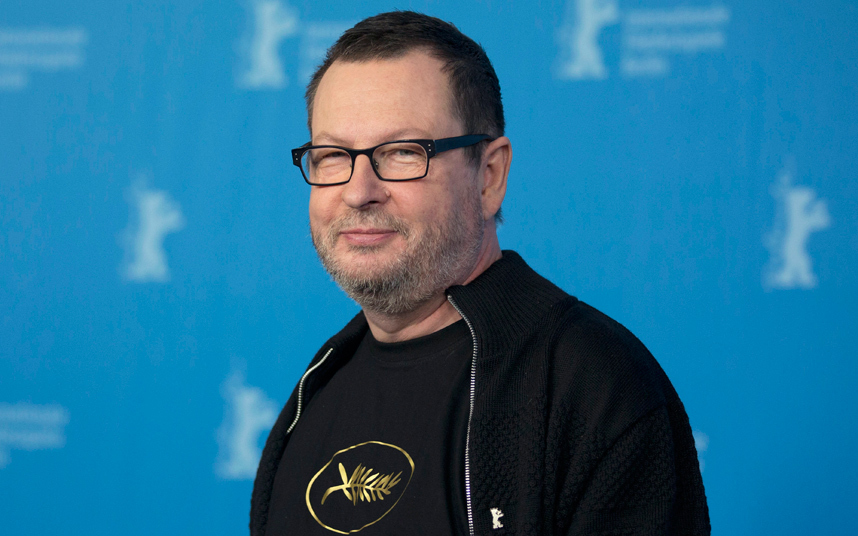 On to a completely different character: Lars von Trier (b. 1956), the award-winning and widely acclaimed film director and screenwriter. He is somewhat press shy, and he suffers from various phobias and fears. Lars von Trier is quoted saying: “Basically, I’m afraid of everything in life, except filmmaking.”

As the films, so the man: Lars von Trier has made many provocative statements throughout the years, most famously at the Cannes Films Festival 2011 where he was declared persona non-grata after jokingly having claimed to understand Hitler and even being a Nazi himself.

Lars von Trier, already a key figure in the history of filmmaking, has shown great durability in his fame and is likely to stay top of this list for many years.

Lars von Trier is not active on social media (no surprise to many, I’m sure). 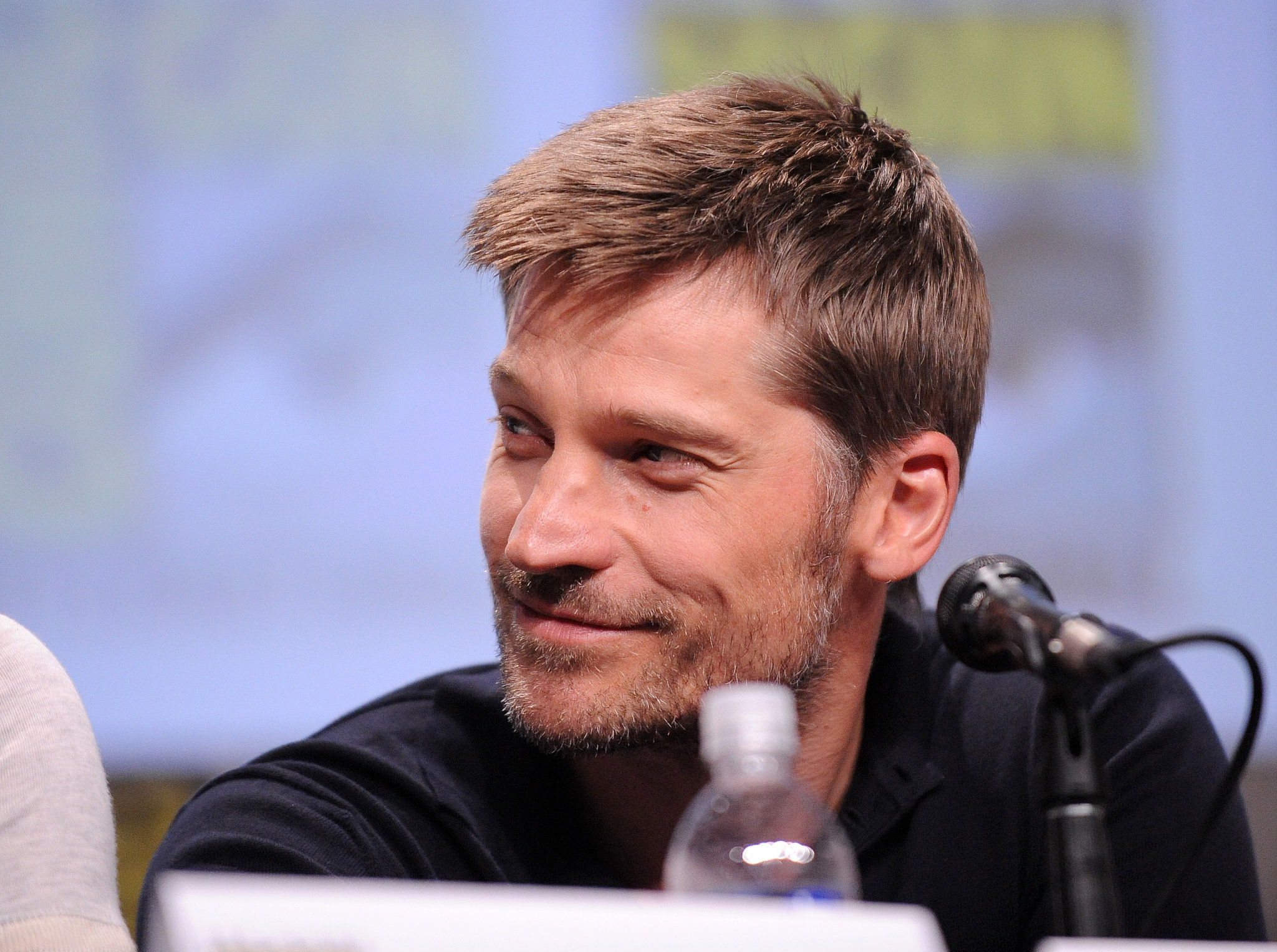 Nikolaj Coster-Waldau (b. 1970) is first and foremost known from his role as Jaimie Lannister in the TV-series Game of Thrones.

He got his Danish breakthrough back in 1994 for his role in Danish film hit Nattevagten (Nightwatch). In 2001, he started focusing on his US career. Apart from Game of Thrones his performances include roles in Black Hawk Down (2001) and Wimbledon (2004).

Thanks to his impeccable English accent most people outside of Denmark don’t realise that he’s a Dane.

The past 10 years Coster-Waldau’s fame has risen steadily. 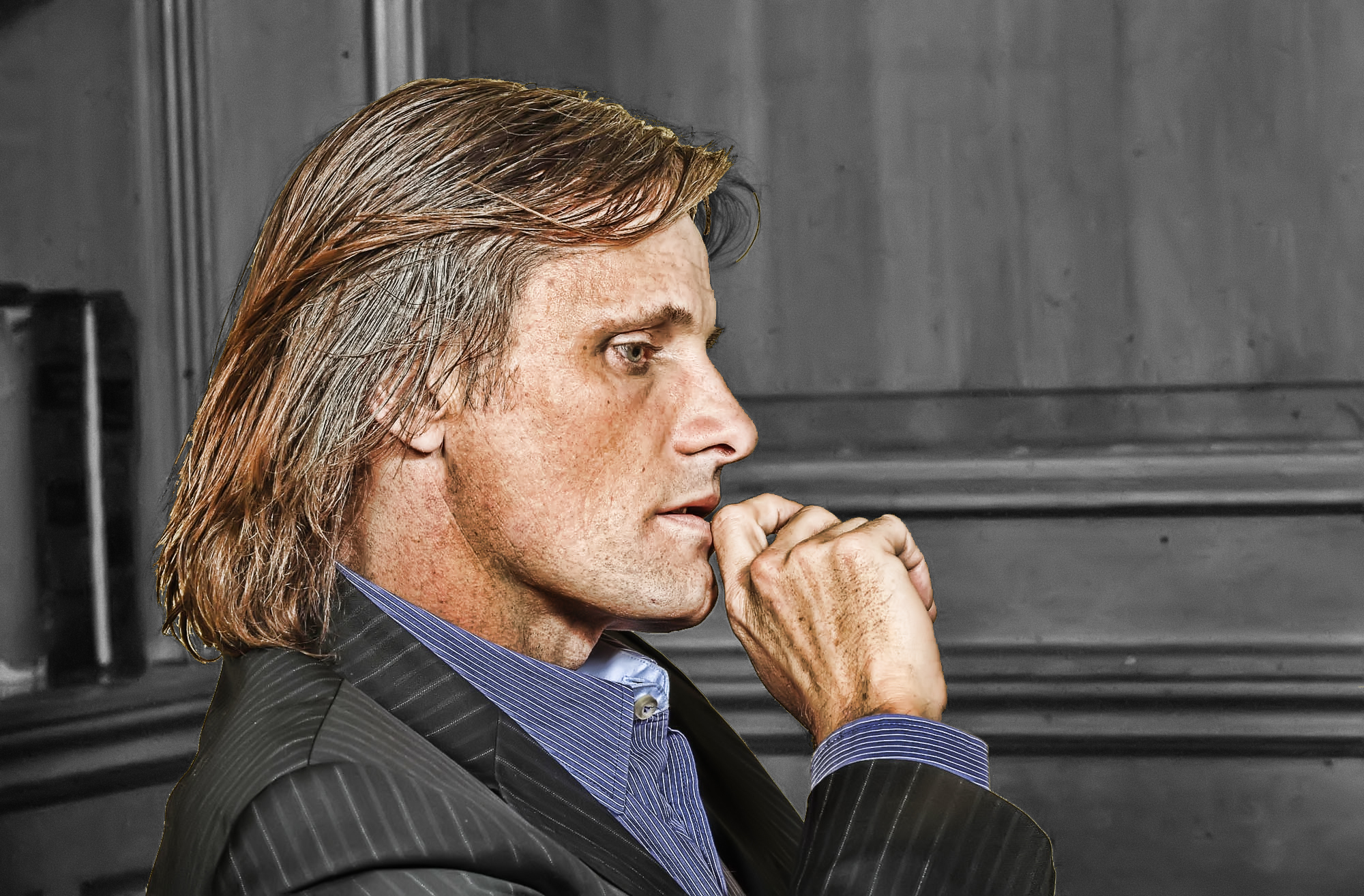 Once a clear number one, now just one among many. The story of Viggo Mortensen (b. 1958) is the story of a rapid fall from fame.

In 2004 – after his roles in Lord of the Rings – he scored 10 times more global searches than his nearest Danish competitor (he also outscored e.g. Tom Cruise, Sean Penn and Bill Murray). Today, he scores just 6% of what he did in 2004 – which, however, is still enough to come in as no. 4.

But why this fall from fame?

Reason no. 1 is that he hasn’t been able to fully build on his Lord of the Rings success. Even though he has acquired critical for his film roles since Tolkien, none of his performances have given him mainstream attention.

Reason no. 2 is his conscious choice to focus more on his other artistic pursuits (photography, poetry, music and more), including launching his own publishing house named Perceval Press. 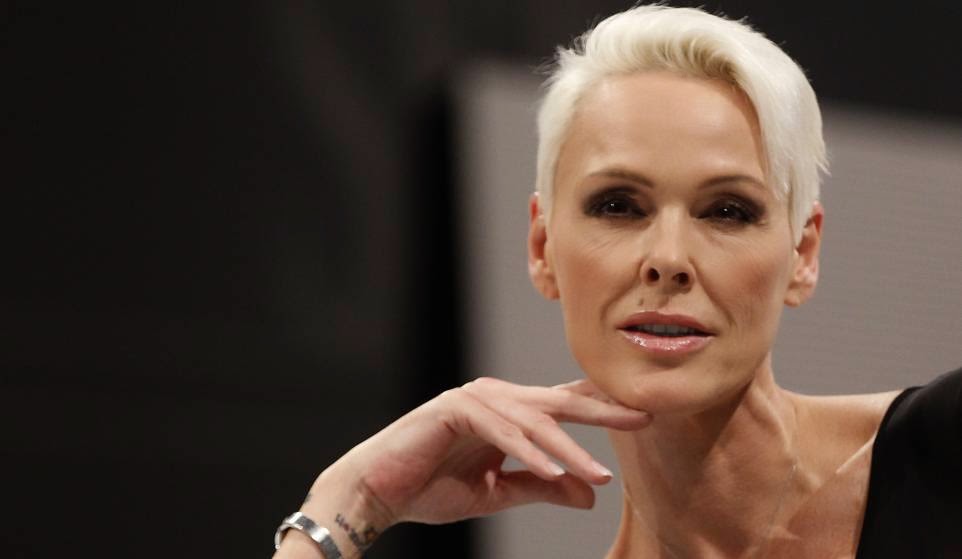 Perhaps the biggest surprise on the list. At least to the Danes reading it.

Brigitte Nielsen (b. 1963) achieved world fame in the late 80s as the tall blonde antagonist in Beverly Hills Cop 2. At that time she also happened to be Mrs. Sylvester Stallone.

Since then she has focused mostly on television, both hosting television shows as well as participating in various reality programmes across Europe (Italy, Germany etc.).

Brigitte Nielsen is a living proof that mainstream fame obtained in the 80’s can last for a long time, perhaps forever. Being a 6′ 1″ tall blond helps too.

Metallica drummer Lars Ulrich (b. 1963) is perhaps the best example of a Dane who “made it” in the US and has maintained a prominent position on the international music scene for decades.

In the early 90s, Lars Ulrich was often referred to as the best drummer in the world. Apart from his role in Metallica he’s also known for his fight against Napster in 2000 and his marriage to actress (now ex-wife) Connie Nielsen (no. 12 on this list).

Lars is also a highly skilled tennis player. His father Torben was considered one of the best tennis players of his generation.

Lars Ulrich is not active on social media. But here’s a great video interview with him! 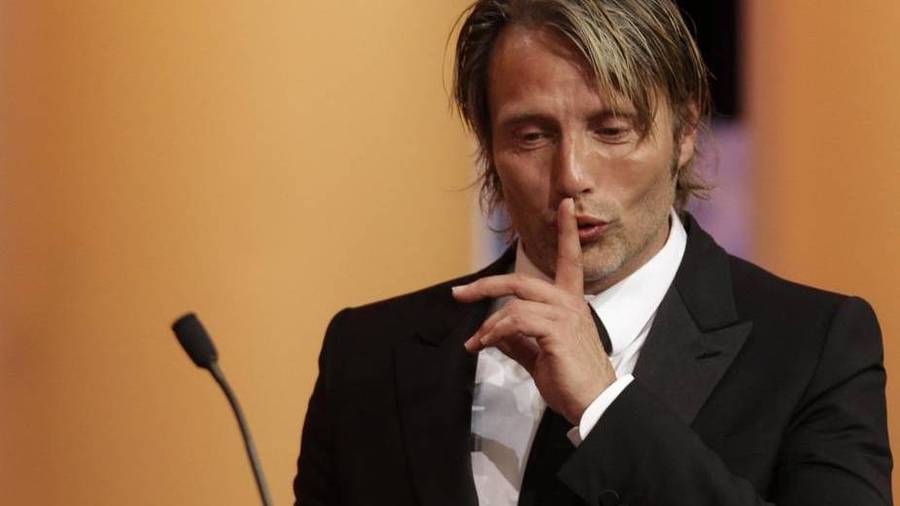 Mads Mikkelsen (b. 1965) is a household name in Denmark due to a string of strong roles in successful Danish films. In recent years, he has focused on international films too – with good success.

His CV includes leading roles in King Arthur (2004) and Coco Chanel & Igor Stravinsky (2008), but he is best known for playing the main antagonist “Le Chiffre” in the twenty-first James Bond film, Casino Royale (2006).

In Denmark, Mads Mikkelsen has been voted “Most Handsome Danish Man” on more than one occasion.

Mads Mikkelsen has a small presence on Twitter (not handled by him personally, but by his web team). 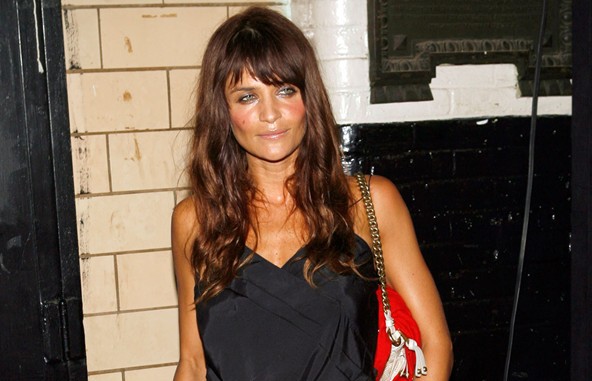 Helena Christensen (b. 1968) is a former supermodel with an impressive international modelling career behind her. Her big decade was the 90s where she made the cover of e.g. Vogue, Elle, Harper’s Bazaar, W – just to mention a few.

In 1991, Helena Christensen famously starred in the music video for Chris Isaak’s song “Wicked Game”, a video which has been described by MTV as one of the sexiest videos ever made.

In 1996, Frank DeCaro of The New York Times named her one of the “The Magnificent Seven”, alongside Linda Evangelista, Christy Turlington, Cindy Crawford, Naomi Campbell, Elle Macpherson and Claudia Schiffer.

Today, Helena Christensen works primarily as a photographer. Watch some of her work here.

Helena Christensen is (it seems) not active on social media. 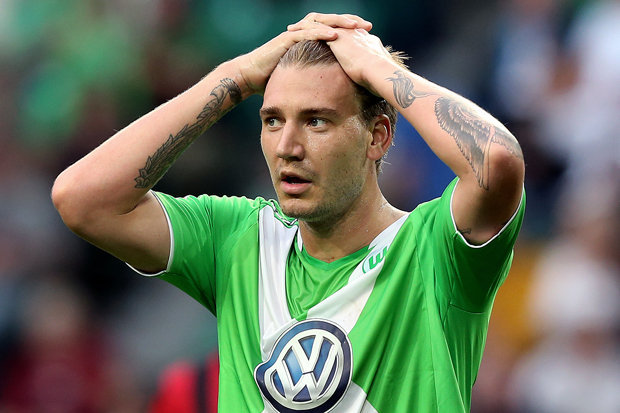 Nicklas Bendtner (b. 1988), nicknamed “The Lord” and “Lord Bendtner”, is a professional football player, currently playing for Wolfsburg in the German Bundesliga.

Bendtner is a classic striker. His raw talent and scoring abilities you cannot argue with. He has played for top flights Arsenal and Juventus, and has capped 66 matches, scoring 29 goals for Denmark (as per early June 2015).

His rise to fame, however, is due mostly to his ‘actions’ outside the pitch. Controversial comments, reckless driving, heavy partying etc. have given him a somewhat dodgy reputation.

However, he’s also a man with rhetorical talent and analytical skills. His better-than-average job as World Cup Final 2014 commentator for Danish television proved this to many surprised viewers.

Bendtner’s profiles on Twitter and Instagram plays a big part too. A cult has emerged around him on social media where thousands of fans respond to his posts with a single word… “Lord!” 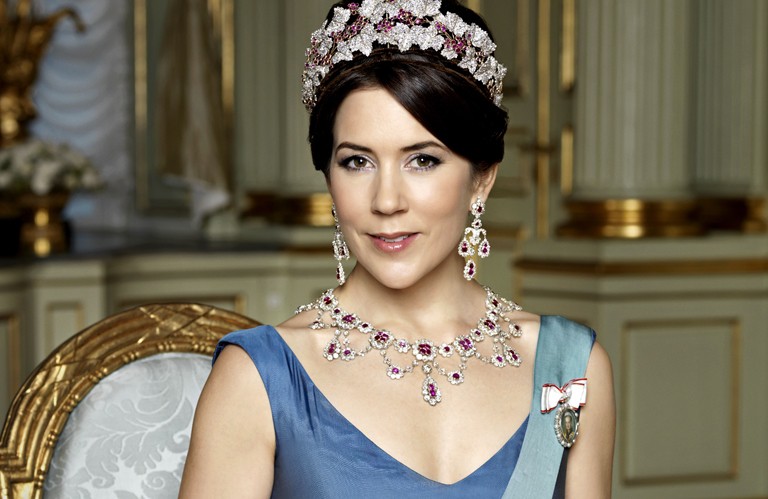 Interestingly, the most well-known member of the Danish royal family is… not actually a Dane. Mary Elizabeth Donaldson (b. 1972) was Australian, but married Frederik, the Crown Prince of Denmark, to become Mary, Crown Princess of Denmark.

Because of her professional and highly engaged approach to her royal duties Mary has managed to overtake the entire royal family on this list – incl. her husband and her mother-in-law, Queen Margrethe II.

In other words, you could claim that today Crown Princess Mary is the most prominent representative of the royal Danish family.

The Crown Princess is not active on social media.

Those who didn’t make it:

Racing drivers. Even though Kevin Magnussen made a stunning debut in Formula 1 in 2014 for the MacLaren-Mercedes team, and is by many experts expected to be a future F1 world champion, 9-time Le Mans 24-hrs winner Tom Kristensen is still more searched for, apart from the month of Feb 2014 (the month when Kevin made his F1 debut).

The royal family. They might not be reading this, but I’m sure members of the royal Danish family would find it interesting to learn that their internal family ranking is as follows: 1. Mary, Crown Princess of Denmark; T2. Queen Margrethe II and Frederik, Crown Prince of Denmark; 4. Henrik, Prince Consort of Denmark; 5. Prince Joachim of Denmark.

Footballers. Michael Laudrup is considered the greatest Danish footballer ever. However, he’s is only number three on this list – behind both Nicklas Bendtner and former Manchester United goalkeeper Peter Schmeichel. Part of the reason is that both Schmeichel and Bendtner use Twitter actively. Also, since he retired Schmeichel has been a regular football commentator on British TV.

Politicians. They are well-know in Denmark, not outside. And global interest in them is quickly lost after they retire or move to international jobs (e.g. EU or NATO). Only the current Prime Minister, Helle Thorning-Schmidt, made it to the list, and only due to her infamous Barack Obama-selfie at Nelson Mandela’s funeral in 2014. Back then, for a while, many international observers struggled to identify “the woman next to the President”.