13 of the Most Defining Moments in Jazz History 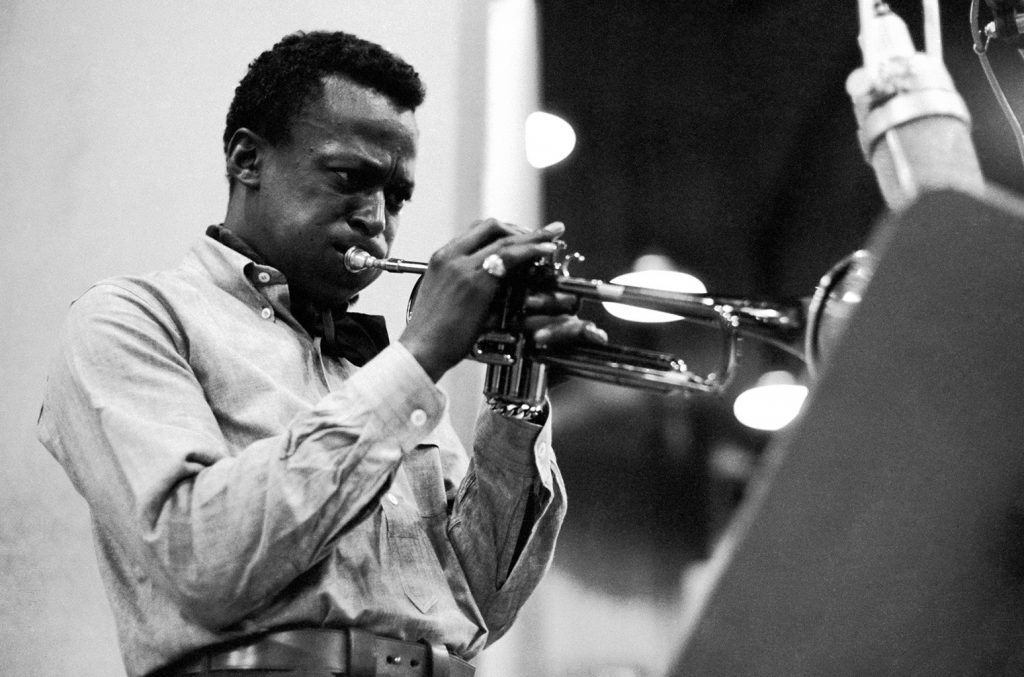 Jazz is important. It’s influence can hardly be underestimated. You can argue that jazz flows through everything we listen to today.

It’s right there, if you know how to listen for it. The harmonies. The melody patterns. The compositions. The rhythm. The idea.

And yet, jazz in it’s pure form seems to be in decline. Ironically, this music form which has lent itself to multiple fusions into other genres and has enriched many more is struggling to re-invent itself.

Is jazz about to become ‘just’ another historic musical genre? Has it maybe already happened?

No matter what, the history of jazz has already been written. It’s a fascinating journey filled with interesting characters where one phase or era leads to the next one.

So, what are the moments that defined and shaped the genre? As a celebration to this fascinating musical genre, we decided to compile a list of the greatest moment in the history of jazz.

The world first heard about a strange new music called “jazz” in 1917. That was when The Original Dixieland Jazz Band released Livery Stable Blue. Although this music form sprung out of New Orleans may seem clunky and predictable now, Livery Stable Blues launched a national craze in the US.

We all know Louis Armstrong’s voice. From e.g. “What A Wonderful World” and “Hello Dolly”. But it was as a trumpeter that he emerged as the first great virtuoso soloist. You can even attribute the idea of soloing to him.

When he burst onto the scene in the 1920s no one had ever played the instrument like he did. He could “swing” his instrument. His tone glowed. He had an immense control in the upper register, effectively playing one octave above everyone else. And, not least, his way of soloing was unheard of at the time.

Here’s a mini video biography from 2012.

There were several larger ensembles in the 1920s, but not one of them showed more vision than Duke Ellington. With his influence, jazz remained spontaneous, he an improvisational edge, and there was a dance floor drive in his music that was unparalleled by most other performers of his time.

All the genres that came before him – ragtime, boogie-woogie and New Orleans blues – was mixed into his groundbreaking ‘jungle sound’ in the late 1920s.

#4 Benny Goodman and the Swing Craze

Benny Goodman ended up being referred to as “The King of Swing”. In the 1930s, with the emergence and popularity of the radio, Goodman became a mega star of that era. The key? During the Great Depression, at a time when it was needed the most, he made jazz more lively, up-beat, entertaining and danceable by making it… swing!

#5 The Rise of Billie Holiday

Regarded by many as the greatest jazz singer of them all, Billie Holiday’s eloquent ability to sound both world-weary and innocent captivated audiences worldwide from the 1930s to her death in 1959.

#6 – Charlie Parker takes the solo to a new level

Charlie ‘Bird’ Parker is yet another legend, and a leading figure in the development of the new fast paced bebop style which became dominant in the 1940s. Parker took soloing to a new level. Not only was he super fast. He could move away from a song’s “home” key and back without missing a single beat.

#7 – Miles Davis and The Birth of the Cool

Miles Davis climbed out from under the shadow of Charlie Parker, his hero. He chose to reject bebops overly aggressive tempo and led the way with a much smoother style of jazz evident in The Birth of the Cool (1957) and Kind of Blue (1959). This became the hallmark and guidepost in the evolution of jazz.

Like Miles Davis, pianist Dave Brubeck also showed the jazz world that jazz didn’t have to follow the bebop route. Brubeck had substantial commercial success parting with bebop. His biggest hit, “Take Five” (1959), is well-known to this day even by people who never listen to jazz.

Considered one of the most influential sax players to ever pick up a saxophone, Coltrane created an incredibly soulful sound that went way beyond those who were already aware of jazz and reached an even greater amount of people. Coltrane’s music spoke to people in a way that others had not been able to do previously. His masterpiece “Giant Steps” (1960) was a show of total control over the instrument.

Yes, Miles Davis yet again. With his 1970 album Bitches Brew he managed to re-invent jazz one more time. Instead of trying to push the boundaries of jazz with in the already established structures and sounds of the music, he took jazz to new places. He fused jazz with new popular music scenes to create an electric, funky and experimental style.

In the 1970s, the European jazz scene experienced a renaissance around the new Munich based record label ECM. The sound was elitist, imaginative and inspired by nature and open space. In many ways the opposite to the hectic big city sound of bebop.

Among the prominent names on the label were Jan Garbarek, Paul Bley, Chick Corea and John Abercrombie. But the biggest name was pianist Keith Jarrett. Not least his improvisational solo piano album The Köln Concert (1975) made a big impact. Here, the sleep-deprived Jarrett, on a faulty grand piano, created a piece of jazz history.

Unfortunately, The Köln Concert wasn’t filmed. So, above we included a video of Jarrett’s fine European Quartet, incl. Norwegian sax giant Jan Garbarek. It’s a great example of the ECM vibe and expression.

From the 1970s and onwards – as jazz became more electric, and as it fused with rock and many other new genres – a long list of jazz guitarists rose to fame. They followed in the footsteps of early pioners Wes Montgomery and Django Reinhardt.

The giant among this new breed of jazz guitarists is Pat Metheny. With his Pat Metheny Group, he developed a unique melodious jazz fusion sound, drawing heavily on inspiration from South American music. The Pat Metheny Group took things further than anyone before them: In the 1980s they attracted huge audiences for their outdoor jazz fusion performances around the world.

From the 1980s onwards the jazz scene has gotten more and more diversified. It seems every corner of jazz has been explored by now (even though that is hardly the case). But today, we have a everything, all the sounds and inspirations, spread out across the globe. So, we figured we might as well end with a personal favourite from the last 20-30 years of jazz.

In the late 90s, John Scofield, another jazz guitar great, teamed up with American avant-jazz-funk trio Medeski Martin & Wood. The result was more than perfect. They created something completely new, yet full of references to the past. It was avantgarde and experimental, yet funky and full of immediate appeal.

Jazz might not be very prevalent in today’s culture, but it’s still an important part of our cultural history. Jazz is the sound of the 20th century, and it will live on. If not through a jazz renaissance, then at least as the most influential music form there has ever been. A music form that will keep us listening.