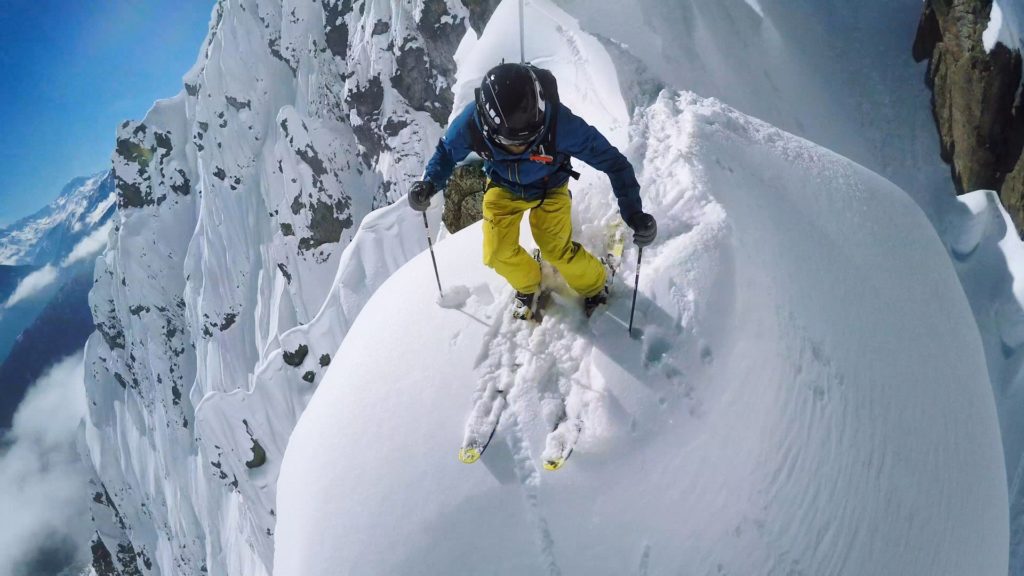 GoPro cameras have revolutionised how we create and view action content.

It used to be that a stunt person would perform his act. And a photographer would film it from a nearby building or from the ground. Like we see in videos of the legendary Evel Kneivel:

Today, with the GoPro and other clip-on action cameras you get immersed into the moment with the same perspective as the dare devils. It’s almost like being there yourself, except you can enjoy the whole thing behind your screen.

We’ve tried to identify what we think are the best GoPro videos produced to date. Ready for an adrenaline rush?

Mark Healy is one of the most diverse ocean athletes with a track record spanning from spearfishing to free diving and big wave surfing.

In French Polynesia, the sharks are literally like pets as described by Rodo Vihn. They are everywhere and the community does not kill neither do they eat them. They co-exist.

In this video Mark has a one-on-one encounter with a Tiger shark that is about 4 meters and 15 centimetres long!

Skateboarders are just thrilling. This group takes on a hill armed with GoPro cameras in their helmets and the result is electrifying.

Their daring stunts and falls are captured in persona. At 1:37, the fast track makes the video extremely captivating, almost like the guys have the speed force. Great choice of music too!

Wingsuit Pilot Jeb Corliss on His Crash and Recovery

High in the sky, the video starts with Jeb jumping from an aircraft. We are shown the view from above of the ocean and the mountain island. He talks of his crash at Table Mountain saying his biggest mistake was that he had lost fear.

The footage of his crash was recorded by his GoPro camera and as you watch it, you feel as if it were you, falling through the rocky terrain and crashing in a shrub.

This Icarus story gives a certain vibe to the video as well. He also records his hospital treatment on camera and his journey to recovery which was mostly physiotherapy and gym training. After six months he could finally leave the hospital and in 2013 he was able to return to what he does best, flying.

The GoPro footage is surreal, especially at the closing fall.

Paramotor Through A Canyon – with Marshall Miller (360°)

Based in Moab, Utah, Marshall Miller takes dreams to a whole new level. He literally flew!

In this GoPro Fusion edit he soars above the Utah landscape with his two friends. They are using paramotors, and you get to watch in 360 degrees. Within the video you can rotate it and see the landscape from several vantage points. Simply breathtaking!

This video shows us the creative side of things. It is a surreal video showcasing the amazing talent that is Jiang Xinrou, a deaf dancer.

It’s truly inspirational with the words conveying the message of defying the odds. It ‘s a 360 virtual reality experience just as the previous with Marshall.

This video is a true embodiment of the human spirit to persevere and achieve.

Nicole Smith is one daring damsel! In the UAE she gets to have the “most incredible jump of the life” when she launches out of a Fox Acrobatic Glider in Dubai.

The moment is recorded right from the glider’s take off and when Nicole lands on the ground. The slow motion effect as she ejects from her seat is riveting to say the least.

Live on stage – with ‘Excuse Me’

Time for some music. This video brings you into the concert, right into the moment. The artists are right there thanks to a production that included 50 cameras. Will we soon witness a revolution of how concert videos are produced and recorded?

GoPro was almost made for skiers. So of course we had to include a ski video too, and not just anyone!

In this video you see skiiers Matthias Giraud and Stefan Laude try to outrun an avalanche in the French Alps. The only problem? Their escape route…

Extreme biking is another sport ideal for amazing GoPro videos. Here’s one of our favourites, showing Kelly McGarry flipping a 72-foot-long canyon gap. He earned a 2nd place for this jump at the Red Bull Rampage 2013.

Line of the Winter – with Nicolas Falquet

Let’s get back in the snow. This video feat. Nicolas Falquet is probably the best, most extreme off-piste video out there. Or as one user commented: “None of that looked comfortable. I’m surprised his legs can carry the weight of his massive balls.”

We’re not quite done yet. In this video, the Soul Flyers skydive at the incredible height of 33,000 ft above Mont Blanc in France. Needles to say, the view from above and the footage is astonishing!

Back on the ground again. But now with even more adrenaline as we get to take a wild, wild downhill ride with Claudio Caluori and Will Longden. They take us on for a run through the UCI Downhill Course at Leogang in Austria.

Claudio even manages to comment on the track all the way down. The video also features a spectacular crash…  Amazing footage!

Where else to end this list than with Felix Baumgartner’s famous free fall… In this video, we get to see what Felix Baumgartner saw as he stood from the edge of his capsule and jumped from 36 kilometers above earths surface to break the sound barrier and make history.

And that’s it. If you think a video is missing, please let us know and we will review and ad.

Only one thing left to say: Don’t try any of this at home!